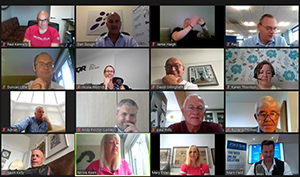 Since March 2020, all of our lives have been affected by Covid 19 and various lockdowns. It’s led to an incredibly rapid change in how we not only conduct business but also in the way of how we socialise.

It goes without saying that Down2Business has also been impacted by the restrictions and, as you’d expect, our meetings stopped at the start of the first national lockdown.

But lockdown measures haven’t thwarted the ‘spirit’ of D2B and it’s been genuinely heartening to see so many of our members attending the regular fortnightly ‘Zoom’ meetings which we’ve organised on-line.

We’ve even managed one or two small scale social events with an evening of Bingo and an on-line workshop hosted by Mark Field. His event was well attended with a keen focus on what tools can be easily and readily accessed (for free) to help boost your on-line prescience.

A number of our members have been heavily engaged with helping out during the lockdown. Gary Chapman and his team at ADS Window Films made the headlines when they converted their workshops to help the national effort to produce plastic visors to help protect medical staff who were caring for Covid-19 patients.

D2B continues to generate fresh interest in networking. As such, we’ve welcomed a number of new members into the group: Jamie Haigh, from the outstanding Shield Media Services, Karen Thornton, from Travel Counsellors Ltd and Jess Thompson who is part of the outstanding team at Maplebrook Wills.

Group members have helped each other throughout this period. It’s the kindness and empathy which makes us more of a ‘family unit’ rather than a networking club.

D2B is looking forward to a time when we can all meet again in a physical arena. Until then, be kind and be safe. 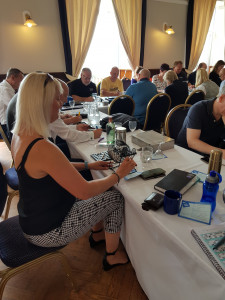 The past few months have, obviously, been testing times for people around the world. The arrival of a pandemic into Europe, and the restrictions placed upon travel and physical interaction in the UK, has created a unique set of circumstances and difficulties for many businesses – both large and small.

Although D2B has ceased its regular fortnightly ‘face to face’ meetings, we continue to meet in the virtual world with the aim of providing a regular point of contact for all of our members.

Our first virtual meeting, via Zoom, was well attended with 29 people taking part in a lively, fun and uplifting get together.

The feedback has been good and it’s amazing that modern technology is helping maintain a friendly and familiar routine for all of us. The support which the group is providing for each other is a real testament for the family atmosphere which is generated at all D2B meetings.

The Committee has been looking at a variety of measures designed to help members during this difficult time. On a lighter note, this includes on-line social events and we aim to be hosting a digital version of Nikki’s ever popular Bingo draw.

For those of you who don’t know, Nikki provided an outstanding shortened version of Bingo for D2B members during one of our business breakfast meetings last year. 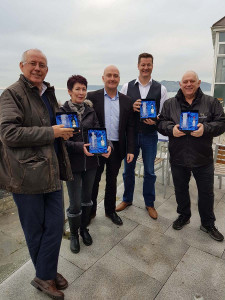 Well, we have some amazing headline news to start the New Year! In 2019, the Club produced an amazing 1275 referrals between its 50 members. We’ve estimated this to be worth £630,000 of business produced by the group over the past 12 months. Such figures show the strength of Down2Business as one of Devon and Cornwall’s premier networking clubs.

One of the key factors of our success is that, as a not for profit club, we plough money back into D2B with a broad range of events and prizes. One of our quarterly perks is the chance for a member to win £100 by simply inviting a suitable business along to the group. The member who invites the most guests wins! Extra points are earned if the guest joins the Club.

The start of 2020 also saw our members win a number of D2B awards. Every year, our members vote in a number of categories, from the member who’s made the greatest contribution to the Club through to the one who’s provided the highest number of monetary sales (which saw 14 members reach a tie in third place, an amazing achievement)!

We also have awards available for the person who can consistently provide the best one minute presentation during the group’s 60 second elevator pitch at the start of the meeting.

There’s also an award for Best Personality of the Year and the Chairman’s Award (which goes to the person who, in his view, has made a significant contribution to the Club).  It’s a hotly contested arena, but, rightly, recipients should feel colossal pride for the recognised contribution they make to the group.

As always, we were delighted with the quality of the awards from HB Print and Promotions.

The start to 2020 should, of course, include a mention of our fantastic Christmas Party. With some of members being sole traders, the annual event is effectively the ‘staff do!’ And what a ‘do’ it is!

We say a huge thank you to The Corinthian which hosted the event and provided amazing food and wine. Likewise, we were delighted that Jaded Angel was able to play live music at the event. Their repertoire and talent were exceptional which, combined with our annual Secret Santa, saw much merriment and a colossal amount of laughter! 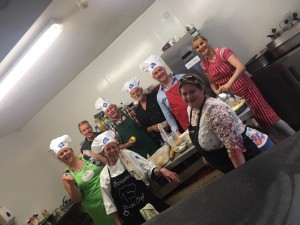 Helping provide food and drink for homeless people in Plymouth is something D2B has supported over the years.

At the end of 2018, the D2B Committee thought it would be fantastic if the Club could mark St George’s Day by providing a Food and Drink Feast for people in a less fortunate position than many of us.

As such, D2B teamed up with the fantastic team at the Shekinah Mission and, on 23 April, we gladly filled all eight available kitchen positions to rustle up a memorable dining experience.

Lots of members volunteered to take part and Dan is delighted to share his thoughts regarding the success of the day itself.

‘Thank you to all those that volunteered at the outset – it’s a great testament to the high standards of social responsibility held by the members of our club and, likewise, to everyone who either donated provisions or funds to buy all the ingredients we needed to make this amazing day become a reality.’

‘A very large thanks goes to the solid, hardworking team that gave up most of their day to attend to the needs of the homeless.’

‘Barbara Wray was our head chef and provided me with an exhaustive shopping list to ensure that 70+ tummies would be well fed and brought us all together as a cohesive kitchen crew on the day.’

‘I acquired all provisions and was her sous chef, Max was a potato-monster having peeled around 15 kilos of them and roasting all to perfection in a hot fryer, Paul was a prepping guru and assistant fan-assembler.’

‘Mary and Jo also prepped veg for England whilst Jade smashed huge quantities of ginger nuts to pieces with a rolling pin!’

‘All three of them made cheesecake and took charge of serving all three courses. And, last-but-not-least by any stretch of the imagination was Gary, who was the Jedi Master of dish duty.’ 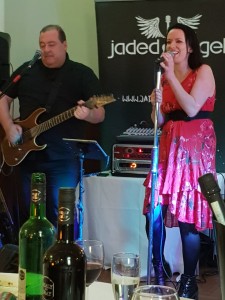 The Club was delighted to have hosted amazing music, provided by Jaded Angel, at the 2018 Christmas Party.

More than 50 members and guests enjoyed the wide repertoire performed the duo (pictured) along with the excellent service, food and wine served by the brilliant team at the Royal Corinthian Yacht Club. Thank you to everyone involved in making it so successful and also for all who attended, it was a truly memorable day!

Our outstanding Events co-ordinator, Nikki Keen, has continued to produce a number of exciting trips, excursions and dinners for D2B over the 2019 summer period and into autumn.

Also, our array of summer workshops are designed exclusively for D2B members. They allow all of us to enjoy coffee and lunch together whilst also gaining an insight into different areas of specialism within the group. 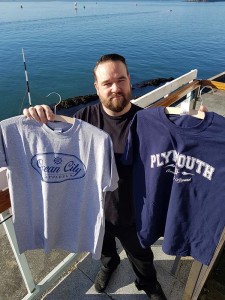 We were delighted to hear about Tom Murphy with his forthcoming launch of clothing specifically designed for Britain’s Ocean City. It’s a fantastic look and we all wish Tom every success with his future endeavour.

D2B has enjoyed a huge number of social events and workshops over the past few months and it was great to hear from D2B’s on-line marketing specialist, Mark Field,  DM Informatics, on how to boost your profile.

Likewise, Bianca Flood, TruWellbeing, was able to provide a fascinating insight into how NLP (Neuro Linguistic Programming) can be hugely beneficial in providing positive benefits for your life.

Duncan Little Hypnotherapy also explained how the brain works and how we can better ourselves on a day to day basis.

All of our workshops provided a complimentary light lunch for attendees and guests. We are grateful to the Royal Corinthian Yacht Club for the excellent hospitality they provide us at these events and for our breakfast meetings – thank you.